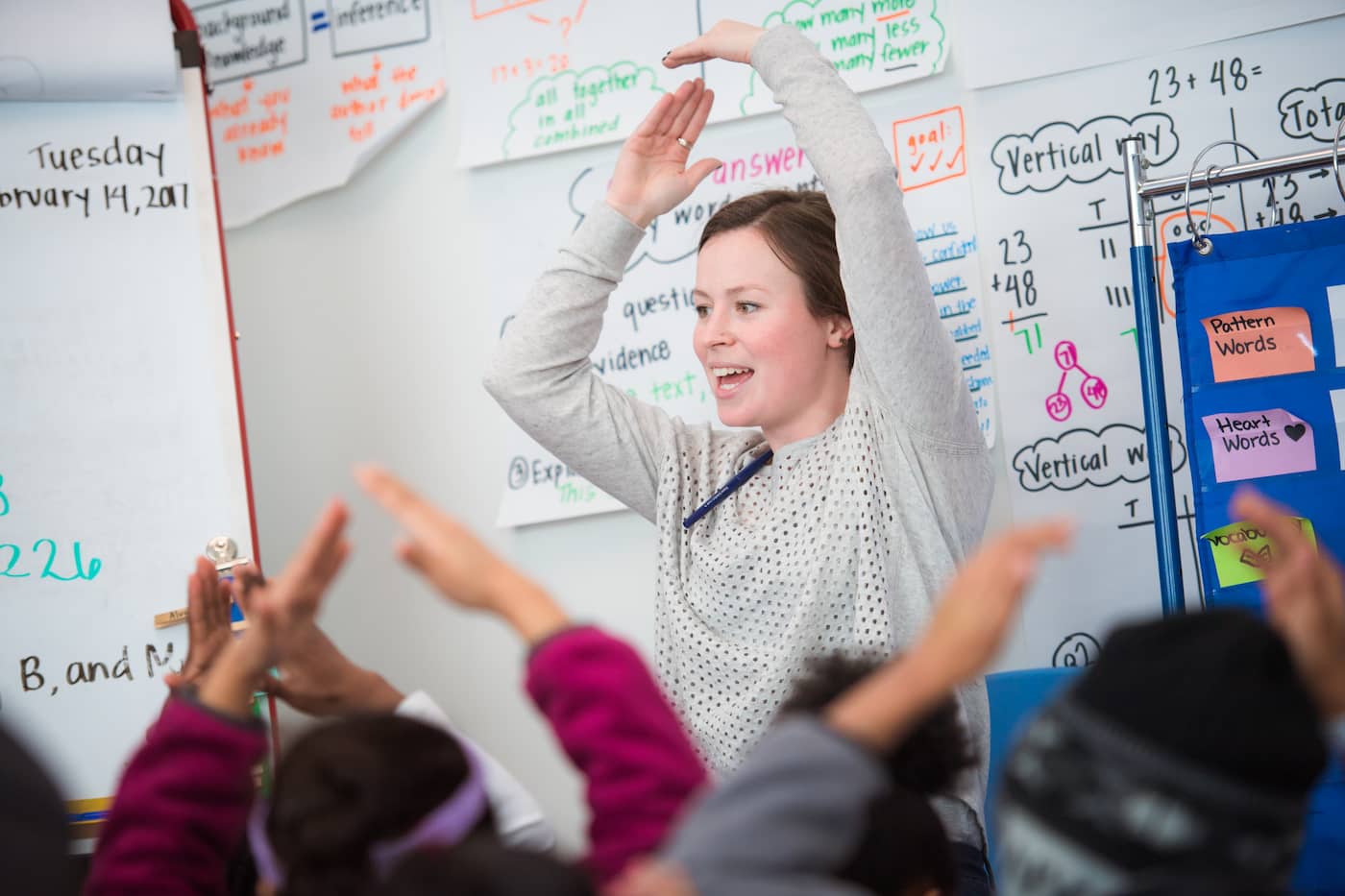 What's 3rd Grade Math all about?

In Unit 1, Rounding, Addition, and Subtraction, students rely on their substantial work in Grade 2 on place value to develop an understanding of rounding. They then develop fluency with addition and subtraction within 1,000. Finally, they use both aforementioned skills to solve one-and two-step word problems involving addition and subtraction, using rounding to assess the reasonableness of their answers. While the content taught in this unit is not major work of Grade 3 as determined by the Common Core State Standards, it serves as a foundation for later work, such as assessing the reasonableness of all types of two-step word problems and multiplying one-digit numbers by multiples of ten, making it a useful introduction to 3rd grade math.

In Unit 4, Area, students define area to be the number of square units needed to cover a two-dimensional space. They initially find the area of rectangles by counting unit squares or skip-counting by rows and columns. Then, seeing the connection between skip-counting and multiplication that was built in the prior two units, students apply their recently acquired skills with multiplication and division to calculate the area of a rectangle and solve real-world problems involving area. Finally, they find the area of composite rectilinear shapes, by decomposing them into rectangles, finding the area of those rectangles, and adding those areas together.

In Unit 5, Shapes and their Perimeter, students start by exploring two-dimensional shapes in different categories, seeing that shapes in those categories share attributes. They then explore the attribute of perimeter, and come to differentiate between perimeter and area as different measurements.

In Unit 6, Fractions, students build on their work partitioning circles and rectangles in Grade 2 to study fractions. They build more complex fractions from unit fractions, and start to understand fractions as numbers, rather than portions of shapes. To do so, students do extensive work with placing fractions on a number line, a helpful representation for comparing and finding equivalent fractions. Students also explore line plots with fractional measurements, a key advancement from Grade 2 work with line plots that connects to their work with fractions.

In Unit 7, Measurement, students study time as well as liquid volumes and masses. Students learn to read time to the nearest minute and use their work with number lines in Unit 1 (with rounding) and Unit 5 (with fractions) to solve problems involving elapsed time. They also rely on their work with number lines to read measurement scales, and use those measurements to solve one-step word problems in all four operations with liquid volumes and masses.

Students estimate quantities using rounding and develop fluency with the standard algorithm of addition and subtraction. Students focus on the precision of their calculations, and use them to solve real-world problems.

Students begin to explore the concepts of multiplication and division, beginning in the context of equal group and array problems, moving to skip-counting and repeated addition, and ending with more complex and/or abstract problems.

Students deepen their understanding of multiplication and division, including their properties and extending their study of factors to include all units from 0 to 10, as well as multiples of 10 within 100.

Students develop an understanding of areas as how much two-dimensional space a figure takes up, and relate it to their work with multiplication from Units 2 and 3.

Shapes and Their Perimeter

Students explore concepts of perimeter and geometry, specifically measuring perimeter. They start by exploring attributes of shapes in different categories, then learn to measure at least one of these attributes, their perimeter. Finally they come to differentiate between perimeter and area as different measurements.

Students deepen their understanding of halves, thirds, and fourths to understand fractions as equal partitions of a whole, and are exposed to additional fractional units such as fifths, sixths, eighths, ninths, and tenths.