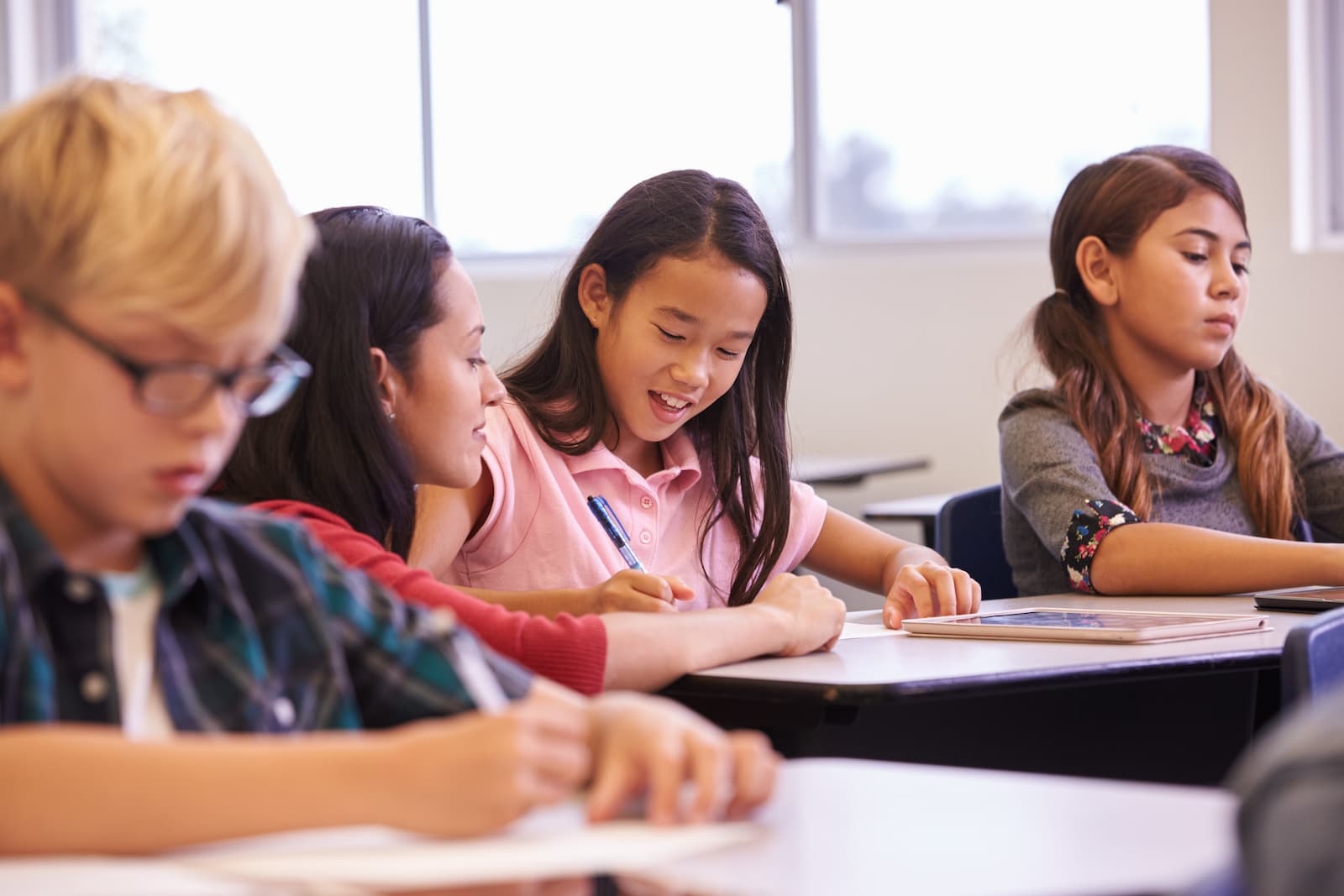 What is 6th grade math all about?

In sixth grade, students learn key concepts along the progression toward middle school algebra. Ratios and proportions emerges as a new domain of study, where students explore and reason with ratios and rates in order to solve problems. Sixth graders will also investigate negative numbers for the first time and round out their study of the rational number system before operating with all rational numbers in seventh grade. Work with numerical expressions extends to algebraic expressions, which sets students up to solve one-step equations and inequalities. Students will also continue their study of area and volume of geometric shapes, and will learn how statistics can be used to better understand data about our world.

Sixth-grade students start their year with a unit on ratios. In Unit 1, Understanding and Representing Ratios, students have the opportunity to study a concept that is brand new to them, while leaning on reasoning skills around multiplicative comparisons learned in prior grade levels. Students learn both concrete and abstract representations, including double number lines and tables, which they will be able to use throughout the year.

In Unit 2, Unit Rates and Percent, students continue their study of ratios by extending the concept to rates and percentages. Students use the representations they learned in Unit 1 to reason through more complex ratio, rate, and percent problems. Later in Unit 6, students will revisit solving percent problems when they study solving equations.

In Unit 3, Multi-Digit and Fraction Computation, and Unit 4, Rational Numbers, students focus on the number system, honing skills they’ve been developing in previous grades with fluency, applying understandings to new computations with fractions, and expanding their understanding of the world of numbers to include negatives. Including these units at this point in the year offers opportunity to remediate any related previous grade-level skills and concepts early on while also allowing time for spiraling and integration of these skills into future units.

Unit 5, Numerical and Algebraic Expressions, and Unit 6, Equations and Inequalities, prepare students for future work with more complicated equations in seventh and eighth grades. Students lean on their work with the number system from Unit 3 to support their work with numerical expressions and solving equations. In Unit 6, students revisit ratio concepts from the first two units by representing relationships in the coordinate plane and with equations. Students also apply their equation skills to percent problems as another method to solve problems.

In Unit 7, Geometry, students learn how composing and decomposing unfamiliar shapes into familiar ones can extend their ability to find area and volume. Students draw on knowledge and skills from major work of the grade covered in previous units of the year in order to determine measurements, understand formulas, and represent 2-dimensional shapes in the coordinate plane. In Unit 8, Statistics, the last unit of the year, students are introduced to the study of statistics. They learn how to represent sets of data and how using different measurements about the data set can be used to analyze the information and answer the statistical question. By studying numbers in statistical contexts, students are able to expand and solidify their understanding of the number system.

Note that this course follows the 2017 Massachusetts Curriculum Frameworks, which include the Common Core Standards for Mathematics.

Students are introduced to the concept of ratios, learning ratio language to describe the association between two or more quantities and different strategies to solve ratio problems.

Students investigate rates and percentages by identifying the rates associated with a ratio, defining a percent as a rate per 100, and applying strategies to solve rate and percent problems.

Students extend their understanding of multiplication and division to divide fractions by fractions, and develop fluency with whole number and decimal operations.

Students venture into the Expressions and Equations domain, using variables to represent unknown or changing quantities, and using properties of operations to investigate equivalent expressions.

Students discover how to use equations and inequalities to model relationships between quantities, and investigate the meaning of having a solution to an equation or an inequality.

Students get their first experience of statistics in this unit, defining a statistical question and investigating the key concepts of measures of center and measures of variability.