Multiplication and Division of Whole Numbers

In Grade 4, students attained fluency with multi-digit addition and subtraction (4.NBT.4), a necessary skill for computing sums and differences in the standard algorithm for multiplication and division, respectively. Students also multiplied a whole number of up to four digits by a one-digit whole number, as well as two two-digit numbers (4.NBT.5). By the end of Grade 4, students can compute those products using algorithms, but “reason repeatedly about the connection between math drawings and written numerical work, help[ing] them come to see multiplication and division algorithms as abbreviations or summaries of their reasoning about quantities” (Progressions for the CCSSM, “Number and Operation in Base Ten, K-5", p. 14). Students also find whole-number quotients and remainders with up to four-digit dividends and one-digit divisors (4.NBT.6). Similar to multiplication, by the end of Grade 4, students can compute these quotients using algorithms alongside other strategies and representations so that the algorithms are meaningful rather than rote.

Unit 2 of Grade 5 begins with writing, evaluating, and interpreting simple numerical expressions (5.OA.1, 5.OA.2). This serves both to review basic multiplication and division facts, which supports major content later on in the unit, and as a way to record calculations that will grow increasingly complex as the unit progresses. Then, students solidify the standard algorithm for multiplication with the computational cases from Grade 4 before extending its use to larger and larger factors (5.NBT.5). Next, students follow a similar progression with division, first computing quotients involving cases from Grade 4 using a variety of strategies and then extending those methods to computations involving two-digit divisors. Note, however, that unlike multiplication, fluency with the standard division algorithm is not expected until Grade 6 (6.NS.2). Throughout the unit, students “learn to use [the] structure [of base-ten numbers] and the properties of operations to reduce computing a multi-digit…product or quotient to a collection of single-digit computations in different base-ten units” (MP.7) (Progressions for the CCSSM, “Number and Operation in Base Ten, K-5", p. 4). Further, “repeated reasoning (MP.8) that draws on the uniformity of the base-ten system is a part of this process” (Progressions for the CCSSM, “Number and Operation in Base Ten, K-5", p. 4).

Later this year, students will rely on their knowledge of whole-number computations to perform them with decimals (5.NBT.7). They will also write, evaluate, and interpret expressions with fractions and decimals in Units 5 and 6 (5.OA.1, 5.OA.2). This work "in Grade 5 prefigure[s] their later work with variable expressions" (6—8.EE) (OA Progression, p. 32). Further, students solidify fluency with the division algorithm and extend fluency with all four operations to decimals (6.EE.2—3). They also extend these computations to yet unknown parts of our number system, such as negative numbers (7.NS). Thus, by the end of this unit, students will be just shy of fluency with all four operations with whole numbers and ready to perform those operations with other types of numbers. They'll also be ready to think beyond calculation of numerical expressions to the understanding and interpretation of them, hinting at a new world of mathematics—algebra.

For guidance on adjusting the pacing for the 2021-2022 school year, see our 5th Grade Scope and Sequence Recommended Adjustments.

Fishtank Plus for Math

This assessment accompanies Unit 2 and should be given on the suggested assessment day or after completing the unit.

Suggestions for how to prepare to teach this unit

Intellectual Prep for All Units

The materials, representations, and tools teachers and students will need for this unit

Terms and notation that students learn or use in the unit

To see all the vocabulary for this course, view our 5th Grade Vocabulary Glossary.

Write expressions that record calculations with numbers, and interpret expressions without evaluating them.

Write expressions that represent real-world situations and evaluate them.

Multiply multi-digit numbers and assess the reasonableness of the product.

Divide multiples of powers of ten by multiples of ten without remainders. Estimate multi-digit quotients by rounding numbers to their largest place value.

Divide two- and three-digit dividends by multiples of 10 with one-digit quotients and remainders in the ones place.

Divide three-digit dividends by two-digit divisors with one-digit quotients and remainders in the ones place.

Divide three-digit dividends by two-digit divisors with two-digit quotients, reasoning about the decomposition of a remainder in any place.

Divide four-digit dividends by two-digit divisors with two- and three-digit quotients, reasoning about the decomposition of a remainder in any place.

Divide multi-digit numbers by one- and two-digit divisors and assess the reasonableness of the quotient.

Number and Operations in Base Ten

Number and Operations in Base Ten 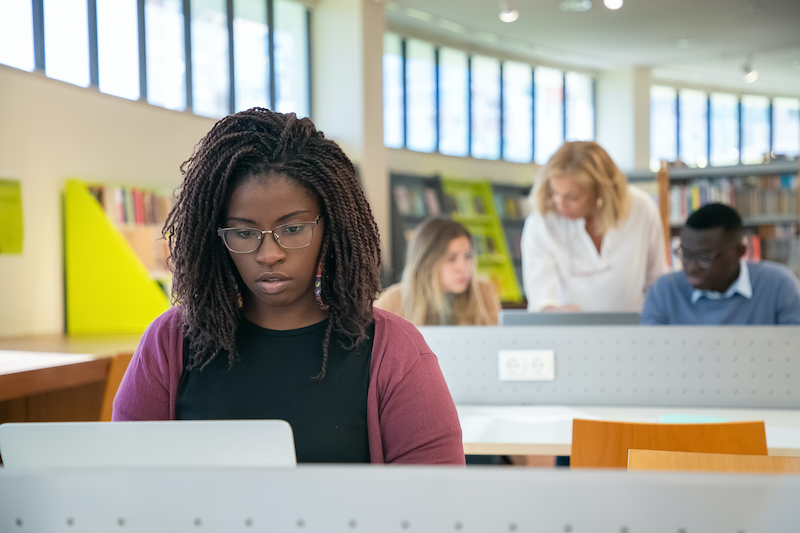