When Matt Ennis embarked on the search for a new teaching position in the spring of 2020, he knew that autonomy in curriculum choice and implementation was high on his must-have list. As a self-professed “curriculum nerd,” Matt puts a lot of thought into what he wants—and doesn't want—from the materials he uses with his students.

When the 20–21 school year began, he faced the combined challenges of acclimating to a new school (P.A. Shaw Elementary in Boston), a new grade (shifting from 3rd grade to 2nd), and remote learning. We sat down to talk with him about his experience using the Fishtank ELA curriculum with his 2nd graders.

Fishtank: What were the most important factors for you when you were weighing possible curricula for the year?

Matt: I think that schools should reflect the communities they are in, so I’ve been very passionate about place-based curriculum, considering how different curriculum reaches different students, and just generally about relevance.

I feel like a lot of curricula might honor multiculturalism but that's where it ends. They’ve gotten really adept at finding multicultural books, but I don't think it's moved past a kind of tokenism. I also feel like you can find a curriculum that's either really culturally relevant but not rigorous, or super rigorous but not engaging. I was looking for a good balance of both for this year.

In other ELA curricula I had used, I was also missing the essential questions—those should actually be juicy concepts that you can have debates around, where you can disagree with people, and you can explore further. When a curriculum is really skill-centered or protocol driven, it doesn’t let the content speak for itself. I feel like it has to be content first, and then you can teach the skills, because if you don't have the kids engaged from the beginning, you're not going to get them all.

Fishtank: Was there anything that stood out for you when you started looking at Fishtank?

Matt: I feel like Fishtank honors teachers in a way that other curricula don’t, because it’s not scripted, and so I’m able to use my own experiences, as well as my students’ and families’ experiences to adapt it.

All teachers are basically trained to do backwards design, except with a really scripted curriculum it’s almost impossible, because instead of actually making choices, you're figuring out what to remove. Otherwise, it would take three hours to get through each lesson plan with fidelity!

With Fishtank, you are able to do everything with fidelity and you're getting to make those choices about what your students really need. The other 2nd grade teacher and I have been able to look cohesively at the units we’re using to create the access points that our students need, but we’re still doing the texts and the tasks with fidelity.

The text choices for Fishtank definitely appealed to me, as well as the pacing that moved a little faster and covered more topics over the course of the year. I also appreciated that science and social studies were given their own time.

I think the biggest thing is that the content speaks and the units feel really relevant not only to students, but also to families. I've had a lot of families actually comment on how the content is promoting these really cool conversations at home.

We're in the Stories of Immigration Unit right now, and so we're thinking of some culminating tasks, including interviewing an immigrant that they know, and doing also a research project on a country. So we're adapting some of the tasks, but they’re written in a way that's open enough to do that.

Fishtank: Tell us more about how the students are engaging with the units you’re using.

Matt: As part of Black History Month, we’re looking at the book GLORY, and focusing on Black excellence and Black beauty.  We are doing these visual arts strategies and dissecting photos, and when they looked at today’s photo, one of my students said, "This reminds me of the book we read The Lost Boys of Sudan, and my mom knows someone who is Sudanese, and some of the outfits and the colors remind me of that, so I'm wondering if she's Sudanese." It’s neat hearing the different cultural connections they're making, and because the curriculum is so rich and they want to dig deeper, they are able to apply it and make it more transferable.

Honestly they're not always engaged in every story, but what I will say is that there are books in every unit that everyone loves and appreciates. Some of the boys struggled a little bit with the Cinderella unit, but then when they got to the Egyptian version they were like, oh this is really cool. I did check to see that all of the students’ cultures were represented across the Cinderella books and there was one we wanted to add, so we worked with our local librarian and she came in at the end of the unit to share one more Cinderella story! 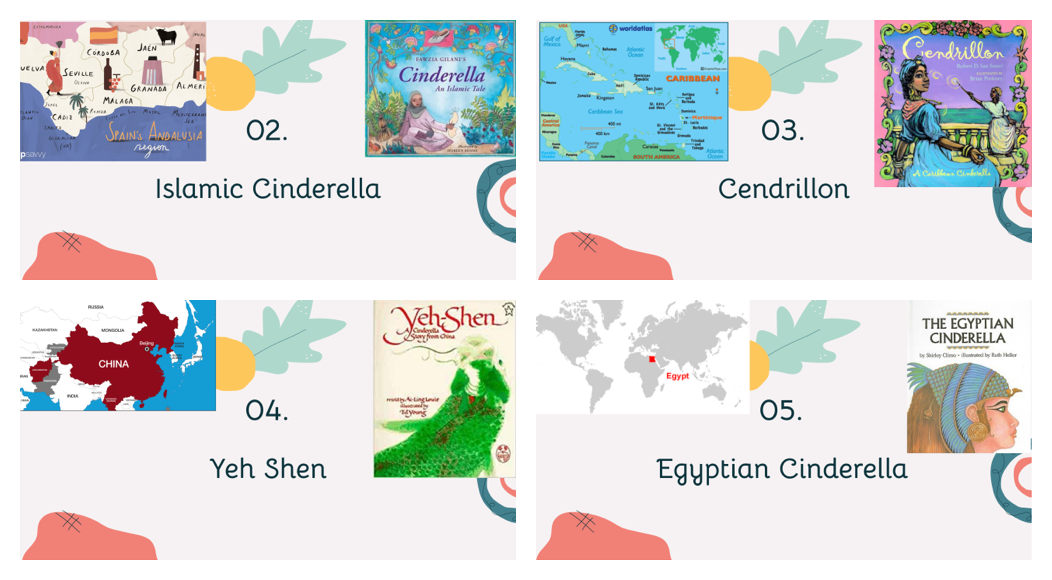 In the immigration unit too, when they see their own country being represented they really engage. You can tell—and my principal mentioned this too as the curriculum has been updated—that there’s an anti-racist lens embedded into it that wasn’t there before. Immigration can easily just be focused on white people's immigration, but the intersectionality in the unit is just really well crafted between nationalities, religion, and socioeconomic status. We loved how Islandborn was done—where it was located in the unit, it definitely pushed grade-level standards and what they were analyzing around theme and metaphors.

Something else that we’ve really enjoyed is the discussions. Usually it's like pulling teeth with kids, and it can be hard to imagine having a 40-minute conversation. But because of the essential questions and the pacing of the unit, it’s almost like they need to let it out. They have all these thoughts in their heads, so it's like painting a big canvas when they all come together. The way that they internalize the knowledge and then build meaning with each other is really powerful and beautiful.

Fishtank: What are some of the ways you’ve adapted to remote learning with the curriculum?

Matt: At the beginning of the year, I was doing too many written responses. They were struggling online and with writing generally. So now once a week for the author’s intention, they do videos instead and it's really neat to see how they've progressed. I've been able to think about using the speaking and listening standards, which we typically don't spend as much time on, so it’s been nice to be able to weave that into the curriculum.

And then for this most recent unit we actually printed out all the target tasks and sent those home, so students have the choice of doing them online or on paper, and it's completely changed for the better. Their output is much better—seeing the visual lines, being able to draw and take notes has made such a difference.

We're also thinking about the social experiences. Me and my partner teacher like to think through how we can integrate our classes together, while still doing content. Usually each unit we’ve done a big discussion day where we pull our classes together—we did that with Cinderella and we're going to do that next week with immigration. We're going to talk about how immigrants enrich our communities and we're really excited about that. These are great opportunities to think about the social emotional connections that tie to the curriculum. 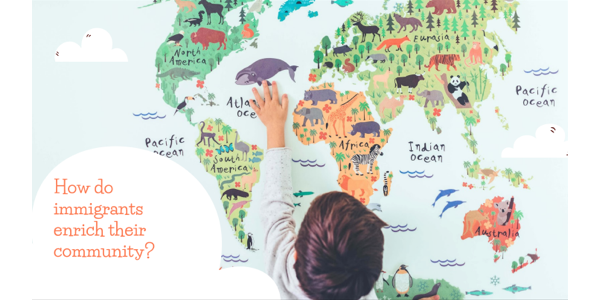 Fishtank: Ultimately, what makes for a successful day for you and your students?

Matt: My students can be really critical of themselves and they also can feel like they're stuck in this rut with remote learning. So when they can feel successful that’s really nice.

I really appreciate the questioning in Fishtank lessons—how the objectives and target tasks are dependent on the material, not just generic skills questions, like how did the character evolve or whatever. The kids feel it's really hard at the beginning but since the same type of task is revisited multiple times throughout a unit, when they are able to articulate the answer, you can see that light bulb go off for them, like I get it now!

Maybe they didn't understand what the author is trying to teach us about immigration in the first couple of books, but then by the end they're like, Oh my gosh, this is a different perspective. They had to sneak into the country and we didn't know that before.

When you can see the light bulbs turning on in their heads—and sometimes it takes half the unit—then you know that they really have acquired that skill and can transfer it to new material. I think that's when I feel really successful: when I know that they'll be able to do this again in a completely novel way.

Many thanks to Matt for sharing his experience with us!

Has Fishtank made a difference for you and your students? Email us at [email protected] to be featured in our next teacher spotlight!